El Refugio (ERI) operates the Casa Carmel Shelter for battered women/men and their children, 24 hours a day, 7 days a week. Temporary shelter is provided for up to 90 days with 30 day reviews. Safety and security are provided along with case management services and educational programs.
Our guidelines and rules set a safety structure for single women/men and their children. Those entering the shelter must be self-sufficient and in immediate danger. El Refugio's mission and goal is to provide the doorway that is essential to a new life without violence and a path to taking control and restoring self-respect through our [Services & Programs]. El Refugio's Casa Carmel Shelter, a doorway to a new life without violence, a doorway to reclaiming control and restoring self-respect. We provide classes that deal with dynamics of domestic violence and ways to break the cycle. We are able to do this work because of the dedication and continuous support of [Volunteers] from the community.

Peace in the World
Begins at Home
Article from the Grant County Beat. Thank you Mary Alice Murphy – Owner/Editor

El Refugio is "blessed" to receive award from NMNPC 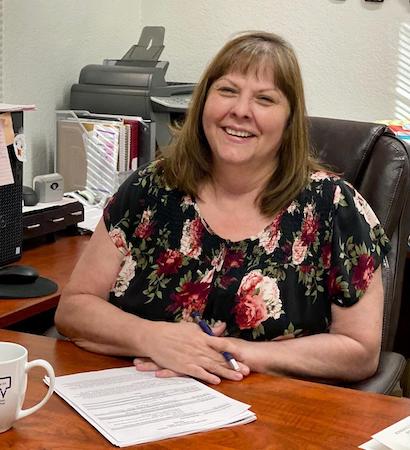 "When I got the email saying we had been chosen to be part of the process for the award," Rachel Sierra, executive director of El Refugio, Inc., the domestic violence shelter in Grant County, said, "I wasn't even aware of the New Mexico Nurse Practitioner Council, but I applied."

She said the application was a short four questions, and she sent it out the same day as she received the invitation. Sierra said she was told it was a donation from the organization, but she didn't even know how much she was applying for.

"Last week, I got a notice that we were one of the top three finalists," Sierra said. "Then last Friday, the 13th, which was not unlucky for us, I received notice of the $2,500 award. I was so excited and so grateful. We were blessed to receive it."

When asked about how COVID-19 is affecting the shelter, she said when a victim of domestic violence shows up, "we put them in a safe location until they can be tested. If they are negative, then we bring them into the shelter."

"We know abuse is happening, because law enforcement says that their calls for domestic violence have increased," she said.

Sierra noted they have had an increase in restraining orders, and the number of offenders has increased, as have crisis calls.

Also because of COVID, the shelter received a grant from the CARES Act, which has allowed them to replace all the carpet in the shelter with ceramic tile, which can be sanitized more effectively. "We hope to get some more funding, so we can put in hands-free faucets and light switches. But with the replacement of the carpets, we're pretty well set so the germs don't spread as easily."

A huge thank you to Jason Quintana, owner of Silver Barbell Elite Weightlifting Gym and AJ & Amanda Tow, owners of Twin Sisters Cycling and Fitness who dropped by El Refugio, Inc. today with 8 Thanksgiving boxes which were filled with an entire Thanksgiving meal for families in need. It is because of kind people like Jason, AJ and Amanda that El Refugio is able to keep their belief of "hope" alive.